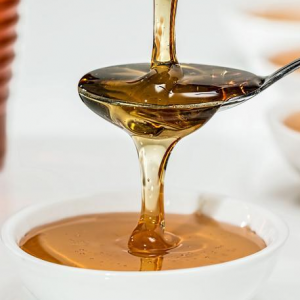 Everyone knows that honey is a delicious alternative sweetener, but most people are not aware of its alternative uses! Honey has been used for years, and with time comes an increased knowledge of its benefits. There are two products in particular produced by bees that have been used in Europe for many years. However, they are just now catching on in America, which means there will be lots of questions about them. Fortunately, we have the lowdown on these new-to-the U.S. products! 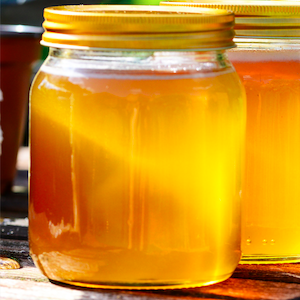 Royal jelly is not entirely what one would expect upon hearing the name. Royal jelly is created from excretions through the foreheads of worker bees! They create this jelly to feed to all larvae, although it is ‘royal’ for a reason. After three days, only queen bee larvae is fed the jelly. The future queens are surrounded with the jelly to allow them a nonstop supply to nutrition with which to develop. In many ways, the royal jelly is essentially a placenta for the developing bees. The fact that bees use royal jelly to grow their queens sparked human interest in it, leading to the belief that it could have health benefits for humans also.

So what makes royal jelly beneficial for humans? One component of royal jelly that is highly desirable is that it has vitamins A, C, D, E, K, and all the B vitamins. This is a very high concentration of health-promoting vitamins in one jelly. Royal jelly has also been said to promote energy in people by stimulating one’s immune system and metabolism. Many people claim that after consuming a tablespoon of the jelly daily, they feel a significant boost in energy levels. Finally, royal jelly has been shown to improve menopausal conditions in women over a 12-week period. It can decrease the negative side effects of menopause, as well as improve general feelings of well-being during it.

Have you ever wondered how bees hold their hives together? The answer would be propolis! This extremely sticky substance is a sort of glue for bees, allowing them to seal any hole or crack in the hive. Propolis is created from beeswax mixed with excretions and sap from trees and plants. Bees use propolis to create the hive, but also to repair it and to add an additional layer of defense against would-be assailants. Furthermore, during the winter honeybees seal their hive with propolis, which keeps them warm but is also porous enough to provide adequate ventilation during the winter.

Superglue for Bees or Super-Supplement?

Propolis also has some uses for humans, despite being a honeybee superglue. Propolis has been found to contain over 300 compounds, most of which are polyphenols. Polyphenols are antioxidants, meaning they fight against disease in the body, as well as aging. Many of the polyphenols found in propolis are also found in green tea, vegetables, red wine and many fruits. Besides antioxidants, propolis also has anti-inflammatory properties, leading many to believe that it is useful for treating injuries. While propolis alone cannot heal a burn, in a study done it was shown that those who used propolis to speed up tissue regrowth healed incredibly faster than those who did not. All around, then, propolis is a very useful and flexible material that is more than simply a glue for bees!

Guide to Jams, Jellies and Honey