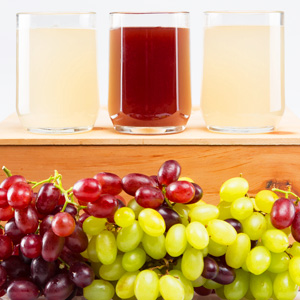 In Germany, October is the month the first wines of the season are decanted and tasted. One specialty: Federweisse, a partially fermented white wine. In southwest Germany you’ll typically find the frothy wine offered as part of a classic pair — Federweisse and Zwiebelkuchen.

Federweiße literally means ‘feather white,’ so-named because of its appearance.  Federweiße is made by adding yeast to grape must, encouraging a rapid fermentation process. When the drink is left unfiltered the suspended yeast gives the drink its cloudy look.

Once the alcohol level reaches 4%, Federweiße can be sold, although typical alcohol content ranges anywhere from 4-11%.  Federweiße is best enjoyed near where it is produced — because it ferments so quickly, it should be enjoyed within a couple of days of being bottled.  In addition, the high levels of carbonation which makes it so refreshing means that it cannot be bottled in airtight containers, thereby posing transportation challenges. 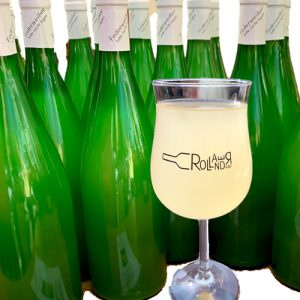 Federweiße is traditionally made from early ripening white grape varieties such as Bacchus, Ortega, and Siegerrebe (literally, ‘victory vine’). While much less common, Federweiße can also be made from red grapes and is then referred to as Federrotem (feather red).  Depending on the region, Federweiße is also commonly known as: Neuer Süßer (new sweet) or Junger Wein (young wine), Suser, Sauser, Najer Woi (‘new wine’ in the Rhineland-Palatinate dialect), and Sturm in Austria.

Where to Find Federweisse and Zwiebelkuchen 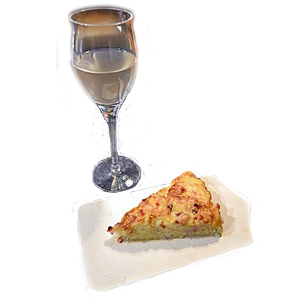 Federweiße pairs well with hearty and savory foods, especially Zwiebelkuchen (onion tart). You can make your own onion tart with any thin crust pizza dough. In most towns and cities around the Mosel and Rhine rivers, people flock to marketplaces and wine gardens to sip a glass of the slightly alcoholic, sweet, effervescent and cloudy Federweiße and feast on bites of crispy onion tarts.  Because of its light and sweet taste, it pairs well with savory snacks.

If you happen to visit Germany between August and October, attend the famous Weinfests held all over Germany, in all the wine growing regions. 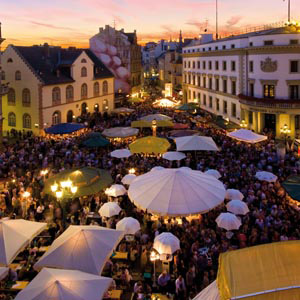 The two festivals most known for their Federweiße are both located in the Rhineland-Palatinate, the state that leads Germany in grape cultivation and wine export. These festivals are Deutsche Weinlesefest (German Wine Harvest Festival) in Neustadt an der Weinstraße and the Fest des Federweißen (Festival of the Federweiße) in Landau in der Pfalz are two leading venues to celebrate the season. You’ll definitely find Federweisse and Zwiebelkuchen at both!