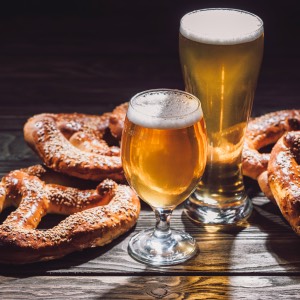 While many people still adhere to traditional practices during the Lenten season, religious rules regarding fasting and abstinence are much more relaxed than in days of old.

Christians were forbidden from eating any animal products including eggs, milk and lard.  And it was not unusual for religious observers to partake of only one meal per day. This gave birth to the pretzel: a simple type of bread made with water, salt, yeast and flour, that would satisfy both the fasting and abstinence rules.

As with many food products that have been in existence for hundreds of years, the exact origin of the shape of the pretzel is unknown. The he most well-known story is that of an Italian monk, who in the 600s fashioned pieces of the simple dough into shapes that symbolized arms crossed in prayer, baked them and handed them to children as a reward for saying their prayers. The symbolic pieces of bread were called bracchiola meaning “little arms’ in Latin. This may explain the German origin of the word Brezel. 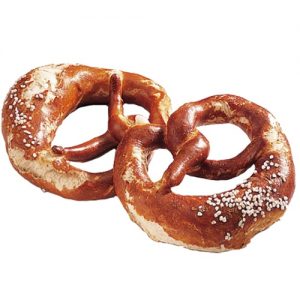 Another, perhaps equally plausible derivation of the word pretzel comes from the Latin word pretiola meaning “little reward,” especially when consumed after a prayer or good deed.  In Germany, pretzels have maintained their religious meaning and continue to be celebrated in various festivals throughout the year, but particularly around the Lenten season. In the Hungerbrunnen Valley near Heldenfingen (between Ulm and Stuttgart in Baden-Württemberg), for example, the traditional outdoor pretzel market (Brezgenmarkt) takes place every Palm Sunday, as it has since 1533.

Pretzels have been an integral part of German baking traditions for centuries, particularly in the south of Germany, where the Laugenbrezel is most popular. A Laugenbrezel differentiates itself from other pretzels in that it is first soaked in lye solution (Lauge) before being baked, giving it a slightly tangy taste. Legend has it that the Laugenbrezel come into being by accident, when a baker dropped a tray of pretzels into a bucket of lye solution that was being used to clean and disinfect baking utensils. In addition to being used for baking pretzels, lye is also used to make other types of bread products known as Laugengebäck (lye pastry) such as Laugenstangen (pretzel dough sticks) or Laugenbrötchen (lye bread rolls) also know as Brezelnsemmel in Bavaria 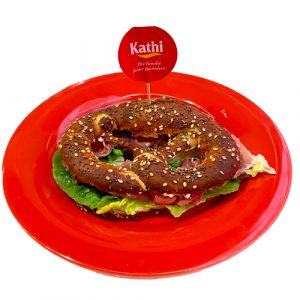 Walk down any German street and you’ll find a Brezelstand or Brezelbude (pretzel kiosk) selling freshly baked pretzels on virtually every corner. They are traditionally eaten with Senf (mustard) and are a customary accompaniment to the Bavarian Weisswurst sausage. For added variety you’ll also find them topped with Mohn (poppy), Sesam (sesame) Kürbis (pumpkin) or Kümmel (caraway seeds). Brezel can also vary according to the region in which they are made. In Swabia, the “body” of the pretzel is much fatter than that of the arms so they can be used to make sandwiches, whereas in Bavaria the body is more even. However you bake them, they’re a treat all year round.

See how pretzels are made in a German bakery 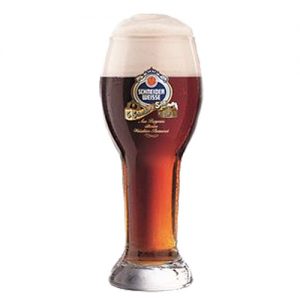 Now, as solemn as the season of Lent might be, religious folks of the Middle Ages were not obliged to include beer in the list of off-limit foodstuffs during this time of fasting. With no solid food allowed past their lips, Bavarian monks relied on so-called “liquid bread” for sustenance, using their grain to brew beer instead of baking bread. The stronger the beer, the more the nutritional value and the resulting dark brew was and is still known as Starkbier (literally strong beer). Starkbier was first brewed in Munich by the Paulaner monks. The strongest of their beers was named Sankt-Vater-Bier (Holy Father Bier) which later became Salvator, the Latin word for “Savior” named perhaps in reference to their salvation from the castigation of fasting! Salvator beer is still brewed by the company Paulaner in Munich, but no longer by monks. While now a secular industry, the brewing of strong beer is still as popular now as it was in the Middle Ages. With its heavy malty taste and 6-9 percent alcohol content, it’s a popular way to get through the long dark days of winter and the solemnity of Lent.