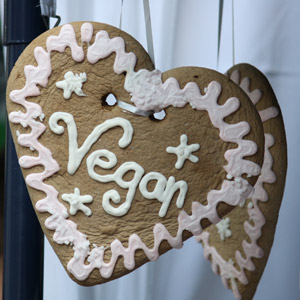 Spring is a great time to think about eating lighter, by adding more salads, eating more vegetables, less meat, and fewer heavy sauces. In fact, many traditions schedule a fast or cleansing diet around the spring equinox to clear out winter’s remains and tune the our bodies for spring.

All the creatures of the world seem to enjoy spring’s fresh greens. After a long season of hearty eating to generate warmth and sustain us through a barren season — or after a long hibernation — the first foods of spring attract us with their fresh, bright taste, and needed mineral content. Bears coming out of their winter caves eagerly consume the first spring greens, like ramps, also known as wild garlic (see wild garlic recipes). Even we humans start thinking about that are tender, digestible and nutrient-rich, fresh crops like asparagus, kohlrabi and sorrel… whether our motivation is eating seasonally, eating more sustainably, or looking better in our bathing suits.

An increasing number of people around the world, and notably in North America and Germany, are turning to a way of eating that’s both lighter in calories and lighter on the planet. Vegetarian and vegan eating is on the rise in both countries.

> Browse Vegan and Dietary Products on The Taste of Germany 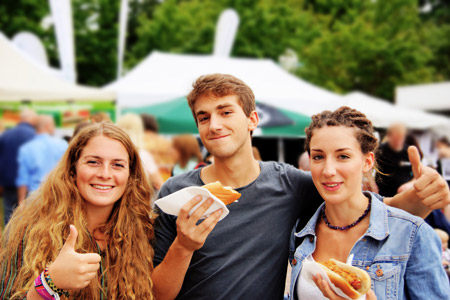 Fully 15 percent of Germans identified themselves as vegetarians and 7 percent as vegans. In the U.S., the trends are similar. Nearly a third of the population in both countries claims to eat less meat and seek plant-based meat alternatives, even if they don’t identity as vegetarian or vegan. 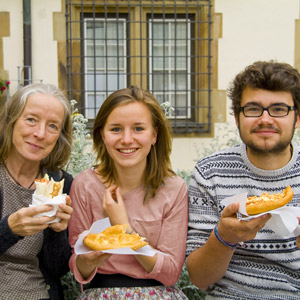 By definition, vegans eat an entirely plant-based diet, consuming no animal products in any form. Vegetarians don’t eat meat, and to varying degrees, other animal products like eggs and cheese as well. ‘Flexitarians’ or ‘casual vegetarians’ find a happy compromise in eating mostly plant-based foods but allowing for the occasional meal containing animal proteins (meat, fish, fowl, dairy, eggs). The flexitarian dietary regime delivers most of the benefits to health of humans and the planet (without the full commitment of a vegetarian/vegan diet). 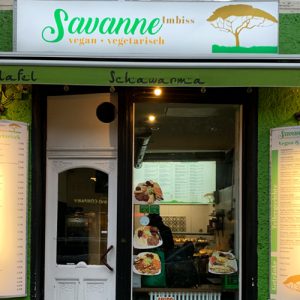 If you happen to be a hungry vegan/vegetarian walking through the Prenzlauer Berg neighborhood of Berlin, you’ll be a happy camper. Vegan-only snack bars and restaurants present themselves everywhere you go. The meals at these places are first-rate, affordable and absolutely palatable for carnivores. You’ll see a “Veganz” stores, Europe’s first vegan grocery chain which opened in Berlin in 2011. Vegan döner stands line the streets. Organic/Natural supermarkets, like Bio Company, offers with a wide variety of vegan ingredients, frozen meals and refrigerated fare. 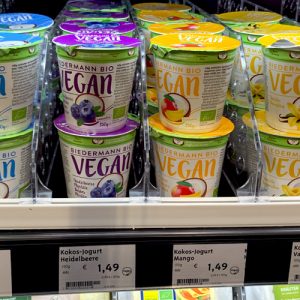 What started in Berlin a decade ago is now spreading across many German cities. German food festivals devoted to plant-based cuisine, such as the Vegan Street Day in Stuttgart and Dortmund. Even Christkindlmarkets are going vegan, or at least offer vegan options. In fact, Germany and the US are leading the world in the creation of vegan food products (close to 18 percent), a trend that is obvious when you attend major industry trade fairs, such as the ANUGA or ISM Sweets & Snacks.

The industrial powerhouse Germany has a rich history of being a green-minded nation with a bend for herbal remedies and alternative health care. During the 19th century, amid concerns about the pollution, food purity, animal welfare, and naturalness. The Reformhaus movement, bio-dynamic (organic ) movement, homeopathy, and herbal remedies and Pilates all originated in Germany during this period. Even though Germans are known the world over for being meat-lovers, meat consumption is declining steadily.

So what do German vegetarians and vegans eat? 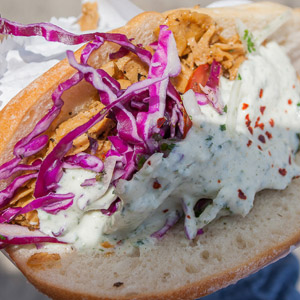 Some traditional German dishes are vegetarian or vegan by nature — think sauerkraut, spaetzle with cheese, or potato salad with lentils. Some traditional recipes can be adapted or ‘veganized’, giving rise to dishes like Vegan Döner Kebab, Portobello Schnitzel, and Mushroom Leek Strudel. And, inventive treatments of traditional German ingredients and flavors are giving rise to light, vegan, and even gluten-free dishes like Sauerkraut Potato Pizza on a Cauliflower Crust.