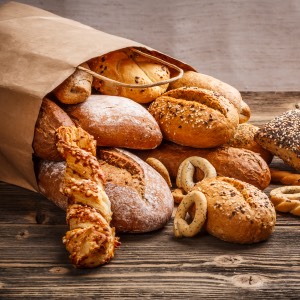 Anyone who’s been to Europe is likely to remember the great taste of European breads. Nowhere is this more true, perhaps, then in Germany — there the high standards of German bread culture are so distinctive that in 2015 they were included in the UNESCO list of the world’s “Intangible Cultural Heritage.”

it used to be said that Germany has a bread bakery on every other street corner. Here artisan bakers got up in the dark of the night to practice the ancient craft tradition of bread, a craft tradition nearly as old as civilization itself. Bread was a great advancement in human culture, being nutritious, portable, and long-lasting. In Germany this had blossomed into a bread culture that counted more than 3,200 varieties of bread according to the Deutsche Brotinstitut e.V (German Institute for Bread), which conducts quality audits of bread bakeries. (They also publish a directory of guild member bakeries where you can look for traditional bread.)

However, even in Germany, the traditions of the bread culture were endangered at one point. At the end of the 1950s there were around 50,000 bakeries in Germany, but by 2015, the Central Association of the German Bakers’ Trade only had 12,155 businesses. At one point, Germany was losing almost a bread bakery per day.

Like in the rest of the world, bread began to trend toward the mass-produced. Bread from German supermarket chains began to be either sourced from an industrial bakery, or ‘baked-off’ in house from frozen prepared dough, yielding an ‘everything tastes the same everywhere’ product. Even the bread from many local bake shops had begun to be made using purchased sourdough starters and pre-made bread mixes.

Good news! The situation in the German bread world has turned around! True artisan bread shops are flourishing again, and their glorious bread is appreciated, with long lines outside their bakeries waiting for the day’s bake. There’s also been something of a homemade bread movement that’s developed, as bread lovers looked to capture the taste and benefits of traditional bread. (Lucky for us, this has also resulted in a proliferation of recipes for homemade German bread, and we’ve gathered, translated, and adapted a sampling of these on our site. In addition, there are now flours, starters, and mixes available to aid the home baker.)

What makes the world-renowned quality and variety of German breads? The type and mix of flours; the amounts of yeast, sour dough, and water; the choice of herbs, seeds and spices to add flavor and texture; the arts of kneading and letting the dough rise; the type of oven, temperature levels and baking time; and the environment (the altitude, air moisture and outside temperatures. It’s no wonder that great bread can require years of experience!

German breads tend to be dark and substantial, a bit coarse, dense and unrefined. These wholesome, dense breads are heavier than the ciabatta and baguettes produced in neighboring Italy and France. White bread is a late-comer to Germany, and more common in the south. Since wheat does not grow well in much of Germany, traditional German breads use grains, such as rye and spelt, that tended to thrive better, producing breads like Roggenbrot (rye) and Volkornbrot (whole-grain). German breads also tend to use a complex fermenting process for the rise, specifically in sourdough (Sauerteig).

German bread is nearly impossible to find outside of Germany. In the US, we really do not have a bread that compares to it in density, flavor, wholesomeness and nutrition .

One of the biggest obstacles to recreating German bread here in North America is finding the right ingredients. For decades, in US grocery stores it’s common to find only three types of flour offered: white, whole wheat, and bread flour. German flours are both more varied and more specifically use-targeted — so we’ve written a guide to German flours, and now offer a selection on our e-commerce site, TheTasteofGermany.

Happy baking! With good German flours, our adapted recipes and a dose of enthusiasm, you may find you can bake breads that will remind you of the real thing!