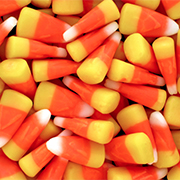 Following the American Civil War, Gustav and Albert Goelitz traveled from Germany to Illinois to join an uncle who had emigrated in 1834. After Gustav’s death, his two eldest sons revived the candy business that he and Albert had founded. The story goes that some time in the 1880s the Goelitz Confectionery Co. invented the popular Halloween treat known as Candy Corn. Records show that Goelitz was making candy corn by 1900. That firm’s successor, today’s Herman Goelitz, Inc. of Fairfield, California, is best known as the maker of Jelly Belly jelly bean candy.

A Few Things You Probably Didn’t Know About Candy Corn: