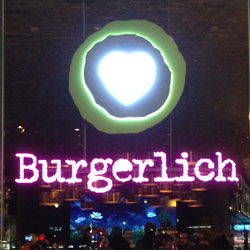 Hamburgers, in the form of pre-formed beef patties stuck between two soggy buns and that are high in calories, seem to have lost their appeal. Sales at Burger-King, McDonalds, and other fast food burger chains are plummeting in Germany and around the world. Consumers today are more likely to bite into eco-friendly “healthy” snacks  rather than chomping down on a burger. But consumers are not turning away from the classic German-inspired American culinary invention. Take a closer look at the wave of independent hamburger restaurants now flourishing in many German (and American) cities.

The Fall of Fast Food

Of course, fast food is still in demand. However, patrons – especially in the younger age groups – now demand fresh ingredients, transparency, and healthful options. According to the German Restaurant Analyst “Technomic,” the monthly consumption of fast food hamburgers among the age cohort of the 19 to 21 year olds has decreased by 13% since 2011. In the US, sales of burger chains in the third quarter of 2014 decreased by 5%, accounting for $7 billion in lost revenue. In June of 2017, Mcdonald’s had one of the lowest reported revenues of all time, at only 5.67 billion dollars. This is still quite a lot of money, but it is a massive decrease from June of 2013, when the chain pulled in 7.32 billion dollars. 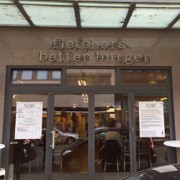 Despite this supposed fall, the hamburger is coming back en vogue in Germany. In particular, the cities of Hamburg, Munich, Berlin, Cologne and Frankfurt are having a burger revival of sorts. There are now many hamburger restaurants that prepare food and serve their patrons with joy! There is a mix of chains and independent restaurants in these cities as well. With names like “Die Hamburgerei,” “Holy Burger,” “Burgerlich,” or “Hans im Glück Burgers,” these “fast casual” dining places offer burger creations that are a little tastier, fancier, more extravagant or healthier that the fast food varieties. Some German burger joints have become “cool” event location for gourmets, with offers like freshly baked buns, truffle cheese and prime beef from Kobe even. 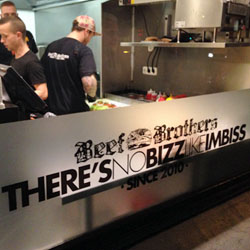 In the Heimat (homeland) of burgers, classy new burger chains like “Bobby’s Burger,” “The Counter” and “Five Guys” inform customers about ingredients, use no frozen meats or preservatives or let patrons build their own varieties with various meat bases. The culinary revival of the hamburger (and other “fast foods”) in the US is often overlooked in Europe. On both continents, restaurants compete ever more on freshness, sustainability, ambience, and individualized meal preparation – even if the meal is costing a few dollars or Euros more.