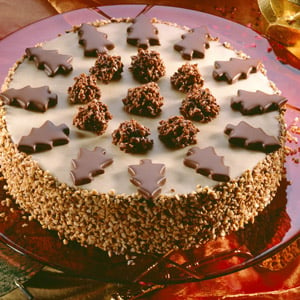 When the days get shorter, grey and cold, what is better than hosting a get-together with friends to get the latest gossip over a cup of coffee, tea, cognac, cake and cookies in the afternoon? Germans have a special word for it: Kaffeeklatsch. It literally means coffee chatter and used to be a frequent weekday afternoon activity for personal interaction with friends, colleagues or neighbors. Today, as most of us get lost in social media and or swamped by fake news, maybe it’s time to resurrect this tradition. Take a break, call your friends and invite them to a home-made Kaffeeklatsch. It works wonders for the soul. And you can always skip dinner.

The origin of the word Klatsch

Up to the invention of washing machines, laundresses used to gather at springs, creeks or rivers to wash dirty linens. And few activities are more dear to people at work than gossip. So, while smacking dirty linen against rocks to make stains disappear, the washwomen may have speculated about the origins of the stains. Forbidden romances? Unfaithful husbands? Out of wedlock pregnancies? Lots of topics to talk about. As the German word for smacking is “klatschen,” it eventually became synonymous with idle chatter or small talk. “Tratschen” is another word with the same root and if you put both together, as in “Klatsch und Tratsch” than you really identified a rumor mill. 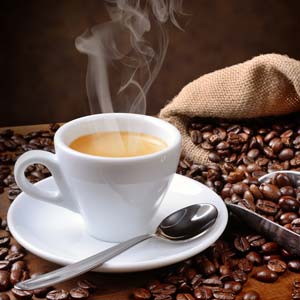 How coffee came to Germany

The coffee plant reputedly originated in the Kaffa region of Ethiopia. A genius must have figured how to ferment, roast, grind and turn the seeds of that plant into a stimulating, hot beverage. Coffee spread across the growing Arab empire in middle ages and, as trade with northwest Europe expanded in the 16th and 17th century, the first coffee houses appeared first in Italy, then France and in 1673 and 1677 in Bremen and Hamburg, respectively. In fact, over the next three centuries, these two ports cities became European hubs for storing, processing and even de-caffeinating coffee beans from all over the world.. 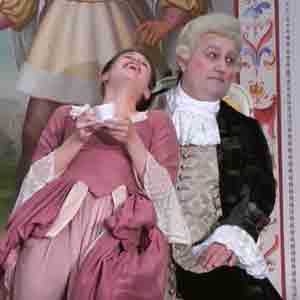 The classic roots of Kaffeeklatsch

In the late 17th and 18th centuries, the classic age of enlightenment and reason, coffee salons and at-home coffee soirees grew immensely popular all over Europe, especially Germany and the Austrian empire. Primarily upper-class ladies (Damenkranz) congregated at these places for one purpose: to share the latest gossip, stimulated by caffeine and sugar … essentially the equivalent of men’s’ only bars and cigar clubs. Johannes Sebastian Bach even composed a comedic opera about the addiction to coffee chatter, with words from the German satirist Christian Friedrich Henrici (also known as Picander). The name of the opera is “Schweigt Stille. Plaudert nicht” (Be quiet. Don’t chatter), or better known as Bachs Kaffeekantate (“Ei! wie schmeckt der Coffee süße”).

Klatsch in so many words

Today, the world’s fourth largest consumption of coffee is in Germany. The movie Out of Rosenheim, also known as Baghdad Café, contains a funny scene symbolic of Germans’ love affair with their own coffee. Coffee brands like Jacobs, Dallmayr, Eduscho, or Tchibo are well known their strong taste, aroma and caffeine and some of the nutty, creamy, or fruity cakes and sweets are perfect complements. Although the ritual of Kaffeeklatsch is waning in dual imcome, modern families, it’s still popular to meet and drink coffee in the afternoon hours between 3pm and 5pm Try our Baked German Cheesecake, Hazelnut Crown or Badischer Pflaumenuchen. More cake recipes can be found at https://germanfoods.org/recipes/recipe-collections-kaffee-und-kuchen/. If you don’t feel to cook try great tasting liquor-filled cakes from North Rhine Westphalia, Luebecker marzipan, specialty cake mixes from Halle,  or Stollen from Dresden.