Luther Bread is a culinary homage to Reformation Day (October 31), a storied historical celebration in Germany. On that late fall day in 1517, the priest and scholar Martin Luther nailed a pamphlet with 95 theses to the entry door of a church in Wittenberg, located halfway between the cities of Halle and Berlin. A world-changing event. In his honor, Saxon bakers invented a rose shaped pastry initially called  “Lutherbrodt” (Luther Bread) which is still sold in many Saxon bakeries today. The recipe purportedly originated with Luther’s wife Katharina von Bora.  You can make Luther Bread (also called Reformation Bread) easily at home. See the recipe below. 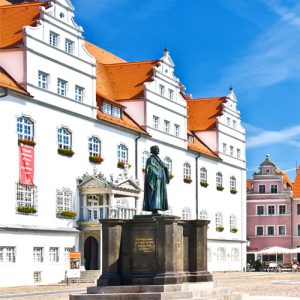 Imagine being branded an outlaw by an emperor, excommunicated by the Catholic Church, and then becoming the father of Protestantism. This is exactly what happened to Martin Luther five hundred years ago in 1517. Martin Luther was a German monk turned religious revolutionary, famous for his Ninety-Five Theses, which spoke out against many questionable acts of the Catholic Church. This all did not take place overnight, however, as a lot leading up to this moment. 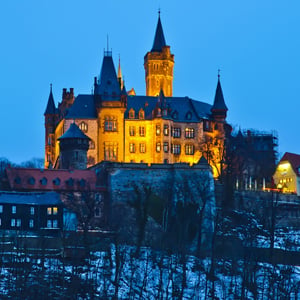 Martin always had a strong sense of religious conviction, likely acquired as he attended two religious schools prior to university. He attended the University of Erfurt in Thuringia, and obtained his master’s degree in 1505. But how does this pertain to him becoming the father of Protestantism? Shortly after he graduated in 1505, he was on his way home when a thunderstorm struck. A bolt of lightning almost hit him and his horse, and he was terrified. He cried out for help and promised that he would become a monk if only god would save him. Less than three weeks later, on July 17th, 1505, he became an Augustinian monk.

Luther and His Call for Reformation

On October 31, 1517, Luther sent his now-famous Ninety-Five Theses to his bishop, Albert von Mainz. His theses spoke out primarily against the clerical fundraising of the day, the sale of indulgences, which were a way to buy one’s freedom from sin. The sale of these indulgences was used to finance the renovation of the Basilica in Rome.  Luther was not looking to break away from the Catholic Church, just offer ideas for change. Yet, the Pope excommunicated him and, consequently, Luther was  branded  an outlaw especially in the Southern half of Germany. Many princes, kings and dukes in the Northern half of Germany did not agree, hiding Luther from his captors. The rest is world history: Luther’s ideas for change forged a direct path to the Age of Reason and waves of rebellions and revolutions over the next 300 years.

Despite being excommunicated, Martin Luther initially still considered himself a monk, forever to live as a celibate. But not for long. In 1525, he married Katharina von Bora, a nun whom Luther helped to smuggle out of a Catholic cloister. She was an important part of his life, taking care of his well-being as well as encouraging him to expand his ideas and reach. Their wedding had strong theological implications as well, as it set the stage for Protestant clergy to marry – a very obvious differences between Catholicism and Protestantism today. 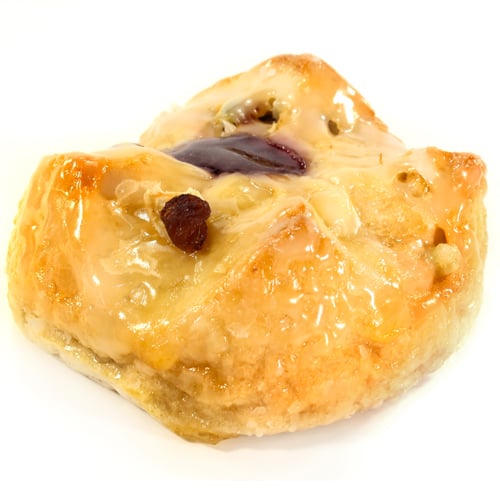 Luther – or Reformation – Bread is a round, sweet milk bread pastry, shaped with four steep corners to resemble the emblematic Luther Rose. Based on a very old recipe that contains many ingredients, this sweet bread is a delicious treat. These ingredients include nuts, almonds, honey, raisins, candied oranges and lemons, black currant or apricot preserves, chocolate shavings and sugar glaze. While it may sound like a lot of ingredients, it is a great homemade sweet treat! See the recipe here. 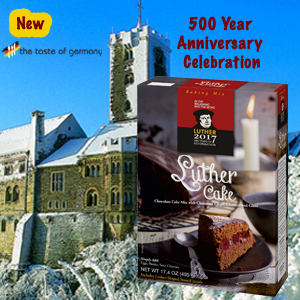 Born in Eisenach and spending much of his life in Wittenberg and Wartburg Castle (all located in todays Saxony-Anhalt), Luther had a very strong connection to the city of Halle. One of the hymns that he wrote, titled “To Jordan came the Christ our Lord,” was introduced in 1541 in that city. This Hymn was used as the rallying cry of the Reformation, sung at all the Protestant churches that Luther helped to build. Between 1545 and 1546, Luther preached multiple times at the Market Church in Halle. These were some of his final sermons before his death in 1546. He found great comfort in the town, and got along quite well with all the people. In fact, he got along so well in the town that his death mask is still preserved in Halle to this day.