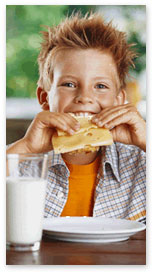 Food fuels Olympic Dreams. As Olympian Filip Adamski (German rowing team) once stated: “Food is for athletes what gasoline is for a Formula 1 race car. Your regular unleaded bio-fuels mix won’t do.” Athletes need food with high-energy content, quick metabolic conversion and long burning rate to fuel their Olympic Dreams. And none that causes heartburn.

As sport fans all over the world follow the Olympic Games on TV in their arm chair, few will wonder how food energy will be able to create such enormous speed, strength, agility, mental focus and and endurance.  What do Olympians have for breakfast? And, what can we learn from their nutritional regimen? 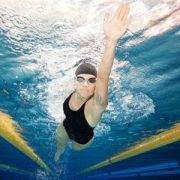 According to the German Sport University in Cologne (Deutsche Sporthochschule Köln) – Germany’s largest and most prestigious center of teaching and research in physical education, sport science and athletic nutrition –  athletes can eat any food they like. Always recommended are nuts, dried and fresh fruits, whole grain breads, oat cereals, muesli, lean meats, dairy foods and fibers. But true Olympic menus can also include steaks and fries, schnitzel with spätzle, cake and coffee, even gummi bears and chocolates.

What Michael Phelps has for breakfast

Reportedly, the world’s fastest swimmer Michael Phelps ate as much as 7 pancakes, 5-eggs omelette, 4 French Toast, 3 steak and cheese sandwiches, 2 cups of coffees and 1 large bowl of oat meal in one go. This and other meals amount to about 16,000 calories per day … which he would spent easily during training.

Standing in line for a Big Mac

If you think, fast food is out of the reach of Olympians – think again. According the Washington Post, lots of Olympians at the 2016 Games in Rio de Janeiro stood in line to receive free Big Macs and fries. After all, you can eat anything. Just when, what, where and how needs to be carefully thought through. 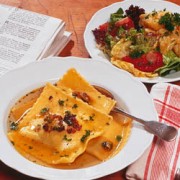 The athlete’s appetite should dictate what or how much he or she eats. Sport nutritionists customize an athlete’s diet according to their taste preferences. The keys here is careful planning and timing.

On average, Olympic athletes need three times as many calories per day as the average human being – about 6,500 calories and sometimes more. Depending on their training schedule, athletes may need more protein (for muscle building) carbs (for quick energy bursts and anaerobic training) or carb/fat combinations (for long-burning endurance and aerobic training).

Nutritionists generally recommend that high performance athletes get 65% of their daily energy from carbohydrate-rich foods like whole grain breads, cereals, rice, pasta, potatoes, beans or lentils. The world’s fastest runner during the 2008 Olympic Games, Usain Bolt from Jamaica, is said to have obtained his strength from calorie-rich yams.

And it does not have to be expensive: according to the Cologne Sport University experts, all parts of an athlete’s nutrition package can be purchased in the food aisles of a local supermarket. Supplements and even legal performance enhancer are not required.

The source and nature of energy

Just in case you don’t remember 6th grade science (and most grown ups won’t remember): it takes essentially two organic molecules, occurring naturally in your body, to make your muscles flex and relax. Or makes your brain think, remember, focus, learn or whatever else the brain does.

These two molecules are ATP (Adenosine triphosphate) and Creatine Phosphate (CP), which replenishes energy to make new ATPs. Without going into too much detail, ATPs dissolve in a flash when you need the chemical energy to lift 582 Pounds (the world record) or jump over a 20 foot high bar with the help of a pole (the world record).

Who supplies the energy stored in these molecules? The sun, of course. By way of plants converting sun energy to sugars, animals eating the plants, and humans eating animals and plants, the sun energy gets to be stored and transported by those phosphate molecules mentioned above.  By the way, the molecular compound Creatine (in CP, see above)  was discovered by French chemist Eugene Chevreu as he experimented with a delicious beef broth in 1832.  Most scientific discoveries are somewhat linked to the culinary arts.

The right choice of energy at the right time

The take away for all of us: if you like to eat and eat well, choose those foods and times to eat that match you lifestyle. Chips, salsa and french fries while sitting hours in front of a computer or TV? NOT! Serve yourself a bunch of in raw veggies and small portion of munchies. Going to run a few miles? Eat fast acting pasta a few hours beforehand. Hunger pangs at night? A glass of milk and honey will just do the trick without adding too many calories.

Physical Exercise is everyone’s duty in the age of sedentary lifestyle. Choosing a menu that tastes good, make you perform better and reduce sore muscles, aching knees is the fun part. Try it today!

Recipe for a healthy apricot muesli with fruits

Guide to a Healthy, Wholesome Breakfast