It’s the end of a year-long anniversary celebration dedicated to Martin Luther and his Reformation Day. We feature three regional culinary specialties from Saxony-Anhalt – Luther Cake, Luther Cookies, and Luther Bread – created in recent years as a culinary homage to this historical figure. On October 30, on Hallow’s Eve, the party is on to commemorate … 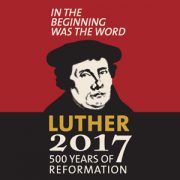 500 years ago, on October 31, 1517, the priest and scholar Martin Luther sent a letter to the Archbishop Albrecht of Mainz and Magdeburg. The letter contained 95 theses stating Luther’s opposition to a clerical fundraising method of the day, the sale of indulgences. The sale of these indulgences was used to finance the renovation of the Basilica in Rome. Purportedly, he also posted those theses to the door of the castle church in Wittenberg (located halfway between the cities of Halle and Berlin). However, little did he know, that his act would shape world history, trigger waves of rebellions and revolutions for the next 300 years, and forge a direct a path to the Age of Reason. 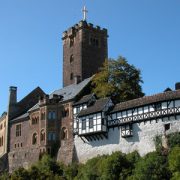 Ideas can move mountains or start three hundred years of warfare. The completely non-violent theologies of the Czech Jan Hus, the English John Calvin and the German Martin Luther did both. However, religious conflicts and warfare, all the way from the 30-year war in Germany, to the English Revolution a century later to the 1970s conflict in Northern Ireland, destroyed half of Europe.  On the positive side, aided by the invention of the printing press, Martin Luther’s German language bible became a bestseller. This motivated more and more people to learn how to read, the “high tech” skill of the era.  Reformation and mass literacy ploughed the path to the age of reason, scientific discovery, and inspiring new reforms, such as Martin Luther King’s civil rights movement 400 years later.

The sweet side of Luther

Recently, bakers in the state of Saxony Anhalt, where Luther lived and preached, created some unique specialties to celebrate. After all, Reformation Day is a storied date in Germany! These sweet treats include Luther Bread, Luther Cookies and Luther Cake! Here’s an introduction. 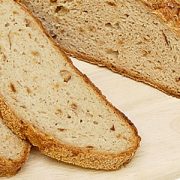 Luther Bread, (Lutherbrodt) is a round, sweet milk bread, similar to Christmas Stollen. Based on a very old recipe that contains many ingredients, this sweet bread is a delicious treat. These ingredients include nuts, almonds, honey, raisins, candied oranges and lemons, apricot preserves chocolate shavings and sugar glaze. While it may sound like a lot of ingredients, it is a great homemade sweet treat! See the recipe here. 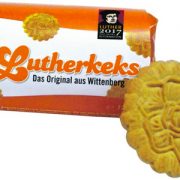 Luther Cookies are one of the best sellers from Wikana, an organic cookie manufacturer based in Luther’s City of Wittenberg. These round shaped butter cookies prominently display Luther’s rose-shaped family seal … more 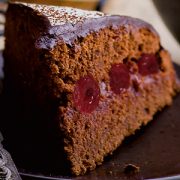 A new invention by Kathi, a producer of cake mixes based in Halle, Germany, is the Luther cake. This cake is made with cocoa powder and chocolate shavings, a cream layer with cherries or berries and topped with a chocolate glaze and powdered sugar outlining the silhouette of Martin Luther .

More information on the State of Saxony-Anhalt