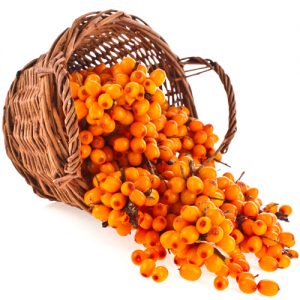 While vacationing on the beaches of Mecklenburg-Vorpommern (also called MeckPom), many treats await. Fresh Fischbrötchen (fish in a roll) stands align the shores and fill the air with delectable aromas. The famous Sanddorn (sea buckthorn berry) grows alongside the sand dunes and is a staple ingredient in many of the region’s food specialties. You also can find plenty of kale and potato dishes. MeckPoms’s cuisine is strongly influenced by the state’s large farming and fishing industries and attracts many tourists. Germany’s Chancellor Angela Merkel was born in this beautiful Baltic Sea state, as was famed 18th-century writer Theodore Fontane.  Indulge in the food, politics and prose from this area.

Mecklenburger’s welcome summer with fresh and salted fish dishes—also attracting tourists. The Herring is the most common fish here, which marks the spring season. The Hornhechte (or Horn Fish), a regional specialty, is in season end of May until mid-June.

What do locals do with a plethora of fresh fish? They smoke it. Mecklenburg-Vorpommern specializes in smoked fish of all varieties, adding a nice salty touch to many dishes.

Meats and produce of the region come fresh from local farms, adding to their succulence. Pork, poultry, and beef alike are served alongside fresh vegetables, specifically Tueften (potatoes), Kohl (cabbage), and Beete (beets). This region also savors a sweet and sour flavor by adding raisins to cabbage, plums to duck or pork, and honey to spare ribs.

Taking an afternoon stroll around the Hiddensee, an island in the Ostsee (East Sea), is a favorite among tourists and locals. Here Sanddornkuchen is sold on the street—a fluffy cake made of local sea buckthorn berries. Another favorite dessert of the region is Rote Gruetze, which uses the area’s freshest berries.