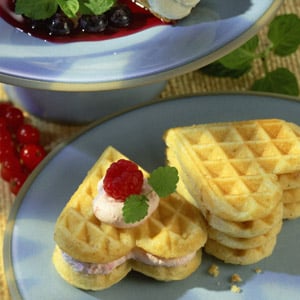 Why do we dedicate a day to celebrate romance, fertility and sensual pleasures in the middle of the winter? Some historic events are at the heart of it all:  celebrating Pan, the Greek god of sexuality and fertility;   cleansing one’s soul during the festival of Februus; writing romantic poems for fair maidens and cooking for pleasure.

What the Greeks did

What would Valentines Day be without some salacity? In the pastoral mountains of ancient Greece, villagers celebrated Pan, the god of Nature, the Wild, Shepherds, Flocks, Goats, and Mountain, in mid-February. Pan is associated with fertility and sexuality and a frequent companion of well-formed nymphs.

What the Romans did:

During a February festival called Lupercalia,   noble men in the city of Rome ran naked through the streets, just covered with strips of goat skin, striking the outstretched hands of young maidens. This act was meant to invoke the spirit of the she-wolf who nursed Romulus and Remus, the founding twins of Rome and, thus, promote health and fertility in the female youth.

Ancient Romans dedicated the days between February 13 to 15 to the festival of Februus, the god of purification and cleansing. Prior to the Julian calendar, this time was deemed the end of a year and Romans thought it as a good idea to cleanse the city and souls from evil spirits and pollution. Lots of rain, typical for the season, helped the purification process and prepared the land and people for the fertile, regenerating months of spring. The month of Februarius thus became the second month in the Julian calendar.

There’s a good reason why so many couples betroth on Valentine’s Day. According to legend, the Day of Love traces back to Valentinus de Interamna, a general in the 3rd century Roman army, who wedded some soldiers under his command and even gave them flowers from his garden as a parting gift. The problem: by imperial decree, Roman soldiers had to remain “pure” and were not allowed to marry. Even worse, Valentinus had converted to the newly minted Christian faith. Although he lost his head (literally) over the affair on February 14, he was beatified two centuries later by Pope Gelasius and honored as St. Valentine’s on that day.

What Medieval Poets did

In medieval times, Valentines Day was an official Roman Catholic holiday in commemoration of the sacrifices by Christian martyrs, many of whom had the name Valentine the Holy Roman Church dedicated February 14 as a Day to commemorate all Christian martyrs named Valentinus. It was not before the 14th century, when poet Geoffrey Chaucer (known best for his “Canterbury Tales”) put romance into St. Valentines Day. In his “Parliament of Fowls,” he exults on the noble pursuit of nature, beauty, love and choosing your mate

There sat a queen who was more lovely by far than any other creature, just as the summer sun outshines the stars. This noble goddess Nature sat enthroned in a pavilion she had wrought of branches upon a flowered hill atop a meadow. And there was not any bird born of love that was not ready in her presence to hear her and receive her judgment. For this was Saint Valentine’s Day, when all the birds of every kind that men can imagine come to choose their mates.(Source: Carl Pyrdum)

What You Should Do: 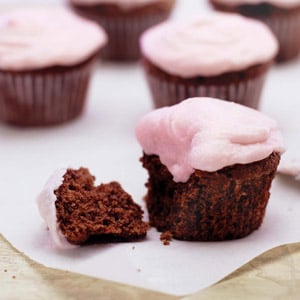 Cook your way into the heart of your spouse, partner or significant other. Instead of cramming into a crowded and noisy restaurants, maybe it’s time to try your skills at home. We assembled a Valentine’s Menu with touch from German culinary professionals that will help you to please the palate at this most romantic occasion. What about  Chocolate-Seeded Black Forest Cherries with Kirschwasser Coulis? Or Almond-Cherry Soufflés with Warm German Chocolate Sauce? Or Currant-Glazed Pork Tenderloin with Red Cabbage and Thyme Dumplings for the main course?

Here you may find many of the German ingredients. Good luck and enjoy the dinner for two.