“One could be glad, if the air was as pure as our beer.” — Richard von Weizsäcker (former German Federal President) 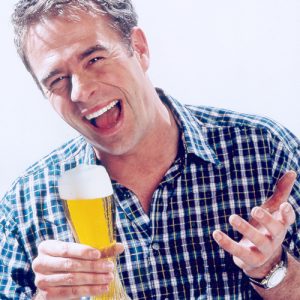 German beer is world-renowned for quality, consistency and purity. The superiority of the German brew is a direct result of the Reinheitsgebot, or German Beer Purity Law — an 800-year-old tradition, which is still followed by all German master brewers today. The Reinheitsgebot states that German beer is to be brewed only with four natural raw materials — hops, malt, yeast and water — and without any additives.

Today, Germany has over 5,000 different brands of beer and over 1,300 breweries. Most of the breweries are local or regional, a reflection of the federated regional composition of Germany, but the regional styles of beer are nationally and internationally well-recognized. For example, Hamburg and northern Germany are known for their dry Pilsner beers.

Berlin specializes in Berliner Weisse — “white” beer with a shot of syrup. Dortmund and the Ruhr Valley are world famous for their Lager beers. Cologne has its light, refreshing Koelsch beers and neighboring Dusseldorf, the stronger, darker alts. The Bavarian Helle Lager (light lager) and Weizen (wheat) beers are also known all over the world. 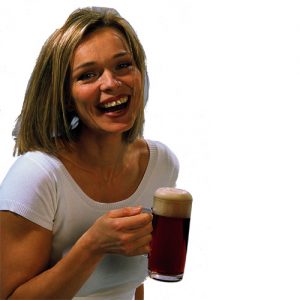 Germans are not only particular about what beer they drink, but also how they drink it. To complement each beer’s special taste, almost every beer has its own type of glass. A simple rule to follow would be: “the slimmer the beer, the slimmer the glass.” Finally, to bring it to perfection, beer should be drunk at the correct drinking temperature, which, depending on the type of beer, is around six to twelve degrees Celsius. Germany offers thousands of different beers and there are over 100 German beer types and brands available here in the US!