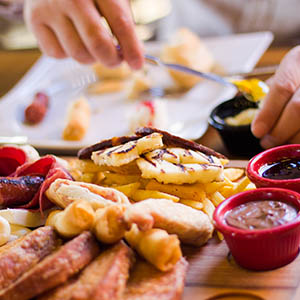 Every country has its beloved local street food. In the US and elsewhere, the prominence and quality of street food has risen as food trucks and pop-up restaurants have fashionable. In Germany so-called street food is available year-round at snack food stands (Imbisshallen), food trucks, and at all the customary festivals such as Christmas Markets and Oktoberfest. Street food culture has really risen in prominence in Germany, with several annual street food festivals throughout the year in Cologne, Hamburg, Düsseldorf, Mainz and Munich and Berlin. Arguably, Berlin is the street food capital of Germany.

The most popular street foods are considered ‘must-trys’ when traveling in Germany. They will tempt you just by reading their description or viewing the pictures. Fear not! If you’re not going to Germany this year, you can still sample German Street food by cooking it at home.

Try one of these classics – we’ve got recipes for them all to make from scratch, and links to help you along with ‘shortcuts’ from our online store. Bon appetit! 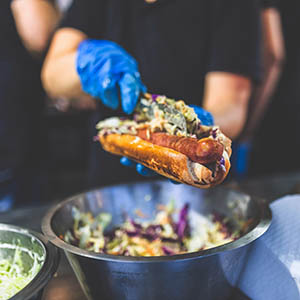 Bratwurst, and other wurst

Any one of Germany’s million types of sausages can be found cooked by a street vendor and served on a lunch roll, with or without accompaniments and garnishes such as mustard, pickled vegetables.
Recipe for Beer Basted Knockwurst | BUY Bratwurst, Knockwurst and more 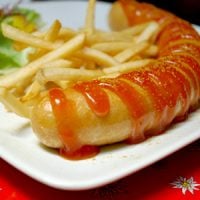 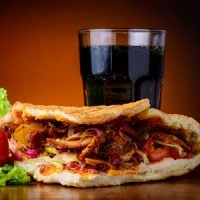 Or perhaps Döner kebabs are now Germany’s most popular street food. Originated from a Turkish recipe for the sliced meat, adapted as a hand-food wrapped in pita, accompanied by various sliced vegetables and sauces. We have recipes both for the traditional version, and for a vegan adaptation.
Recipe for Döner kebab | 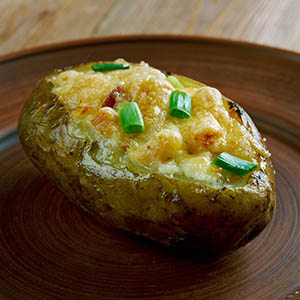 Another snack food of Turkish origin that’s now popular across Germany, this is a potato baked in its jacket, and then restuffed with the potato flesh mixed with other ingredients such as spices, veggies, sauces and/or marinated meat.
Recipe for Kumpir | 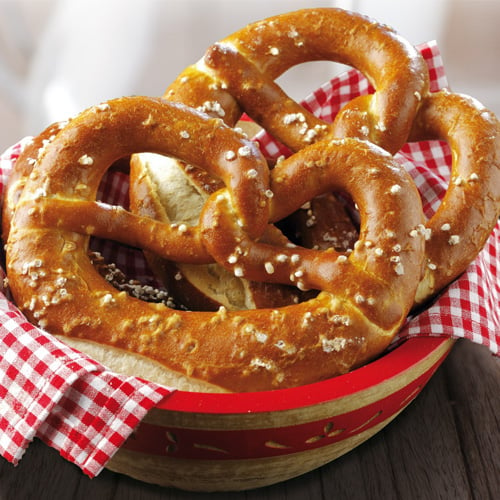 The popular form is said to have monastic origins as a Lenten food, reflected in folded arms and hands in prayerful attitude. Read more about the Pretzel’s history here, and make them at home using this recipe. You can also buy fresh pretzels from our online store, and finish bake them at home.
Recipe for Bavarian Pretzels | BUY Pretzels and Mix Online 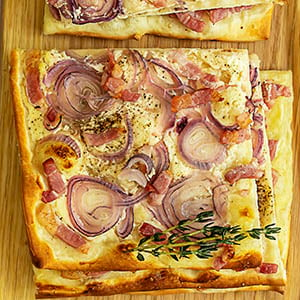 Also called Tarte Flambe, this is a yeasted flatbread cream sauced ‘pizza’ from the Alsatian region seasoned with onions, bacon, sour cream or creme fraiche and herbs, baked in a high-temp oven.
| BUY Flammkuchen Base Mix 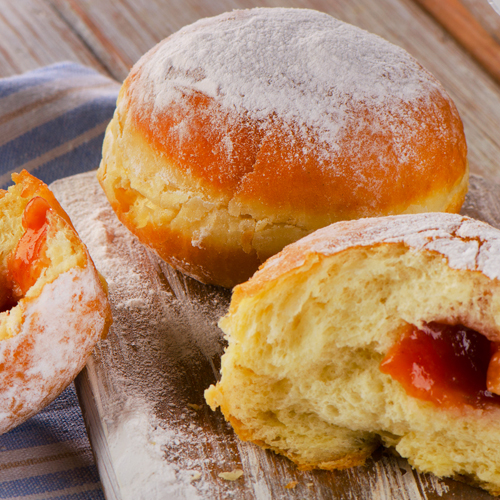 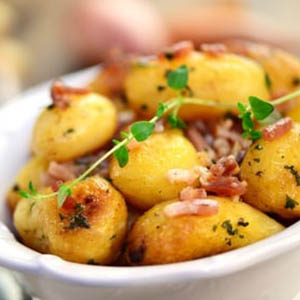 Fried or roasted potatoes with bacon, a delicious way to warm up.
Recipe for Roasted Potatoes | BUY Bratkartoffel Mix Online 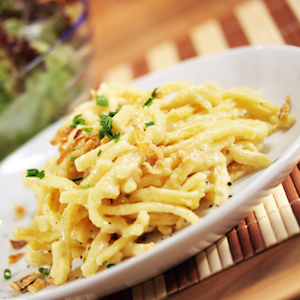 A sort of simple pasta that is a home-cooked delight that’s often on the menu at street fairs and festivals. A classic just served with melted butter, it’s also lovely with cheese, herbs, or other ingredients.
Recipe for Stutgarter Spaetzle | BUY Spaetzle Online 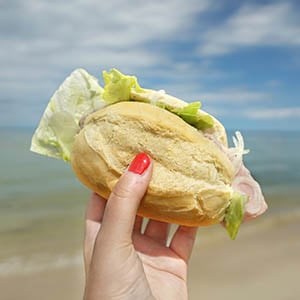 Most famously from the regions bordering the North Sea, these seafood sandwiches feature the local catch (particularly herring), usually served simply on a bread roll, garnished with onions, pickles and perhaps sauce.
Recipe for Fischbrötchen | 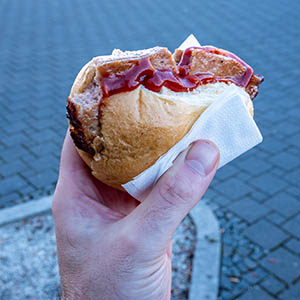 Neither liver nor cheese, this is a sliced hot German meatloaf in a sandwich roll
BUY Leberkäse Online 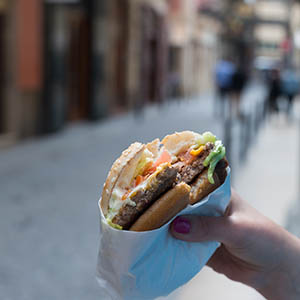 (Frikadellen) Small, flat hamburgers made from meat mixed with bread, a Berlin classic.
Recipe for Buletten | Recipe for Vegan Frikadellen 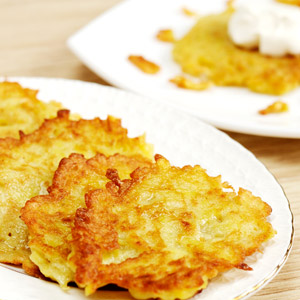 Riced or finely sliced potatoes mixed with flour, eggs, and more to form a kind of pancake that is fried, and then embellished with various sauces. A beloved dish that’s time-consuming to make, you can shorten the making time by starting with a mix.
Recipe for Potato Pancakes | BUY Potato Pancake Mix